This is the first of a very occasional newsletter to keep you posted on the progress of my journey along US Highway 36—a much-neglected historic and scenic by-way through the Heartland of America.

Over the past year I’ve met a lot of people out on Route 36, especially in Kansas, Missouri, and Illinois. I’m working my way eastward from Denver, though the guidebook will be organized from east to west—the way American settlement moved.

I am about one year into this project intended to create a guidebook helping travelers enjoy the highway as it exists today. In other words, this is not an antiquarian search for crumbled concrete and back-country roads once used by the Pikes Peak Ocean to Ocean Highway or “Old 36.” Some of that is in the book, but that’s not the focus.

An observation: I have been fairly amazed at how few people along the highway are aware that Route 36 extends from eastern Ohio all the way to Rocky Mountain National Park—or that most of it was the middle section of the transatlantic “Pikes Peak Ocean to Ocean Highway” during the days of the “named highways”—or that, for much of the highway, it’s a two-lane trip back in time. A good guidebook can help fill that information void.

Some pictorial highlights from my travels— 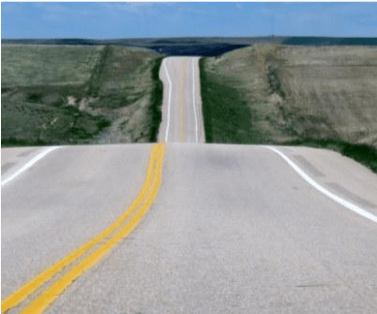 A lot of people think Kansas is flat and “boring.”Think again. Northern Kansas and eastern Colorado ain’t flat. In some parts of eastern Colorado you might feel like you’re on a concrete roller coaster. The land rises more than 4,000 feet between the Missouri River and Denver, Colorado—then another 2,000+ feet up to Estes Park.

The Pawnee Museum near Scandia, Kansas, has been the most eye-opening, educational stop of my travels. The site here was occupied by some 2,000 Pawnee living in a settled communal village. 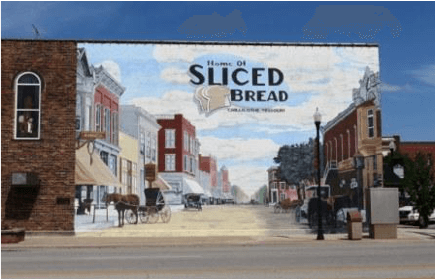 Murals can do wonders for the spirit and economy of a small town. Kelly Poling has painted twenty-two murals in downtown Chillicothe, Missouri, creating a tourist magnet in the process. This one touts Chillicothe’s slogan, “The Home of Sliced Bread.” 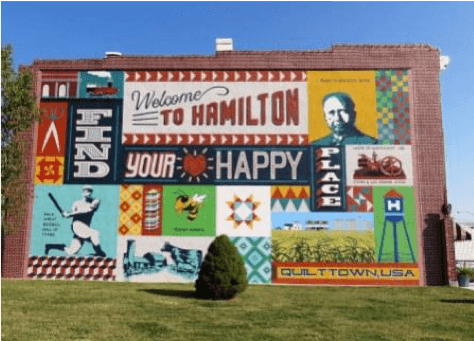 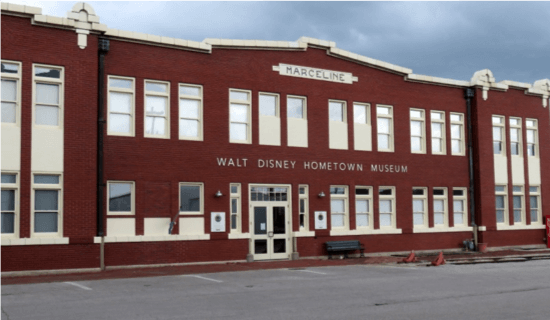 What a treat to re-visit the genius of Walt Disney in Walt’s “home town,” tiny Marceline, Missouri. Museum director Kaye Malins gave me a personal tour through her beloved “Hometown Museum.” 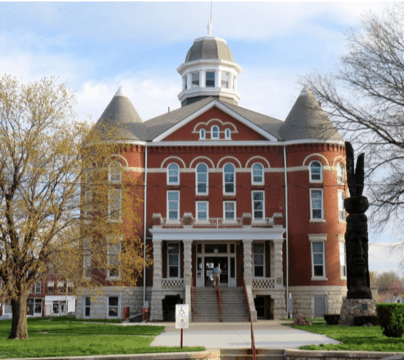 For architecture and history buffs, one of the delights of driving through Kansas on Route 36 is the chance to see no fewer than thirteen county buildings of varying vintage (all the counties along the top tier of the state). This beauty is the Doniphan County Building at Troy, about fifteen miles west of St. Joseph, Missouri. Incidentally, there’s a great old restaurant called “The Feed Bag” on the square in Troy—received my award for “best breakfast.” 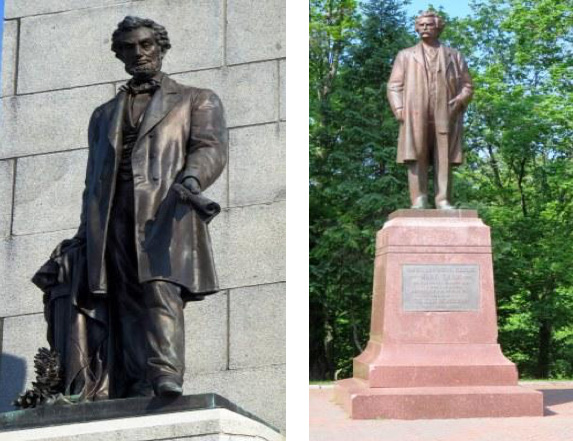 I cannot bring this pictorial to a close without including my two favorite “dead white men.” Quite apart from Lincoln’s place as our greatest, most consequential president, I consider Twain and Lincoln the most influential literary stylists of the nineteenth century. A trip down Route 36 would be incomplete without stops to find Lincoln in Springfield, Illinois, and Mark Twain in Hannibal, Missouri.

As some of you know, I’m a jazz musician (among other failings). A well-known tune I’ve been singing for years is Bobby Troup’s “Route 66” popularized by Nat “King” Cole. Since starting down the path of Route 36, I’ve adapted the lyrics to fit the highway. Here they are:

If you ever plan to motor west,
Travel my way, take the highway – it’s the best,
Get your kicks on Route 36.

Won’t you get hip to this timely tip,
When you make that Colorado trip,
Get your kicks on Route 36.

I’ll need another year to finish up this project. Throughout 2018 I’ll continue writing and spending time out on the road, concentrating on Ohio and Indiana. That probably means some kind of “roll out” in the spring of 2019.

Until then . . . all the best—and wouldn’t it be great if, eventually, there could be a six-state consortium to promote Route 36 the way Route 66 gets promoted! That pinnacle of promotion may never be reached, but the ingredients are all present to do so much more on a multi-state basis.