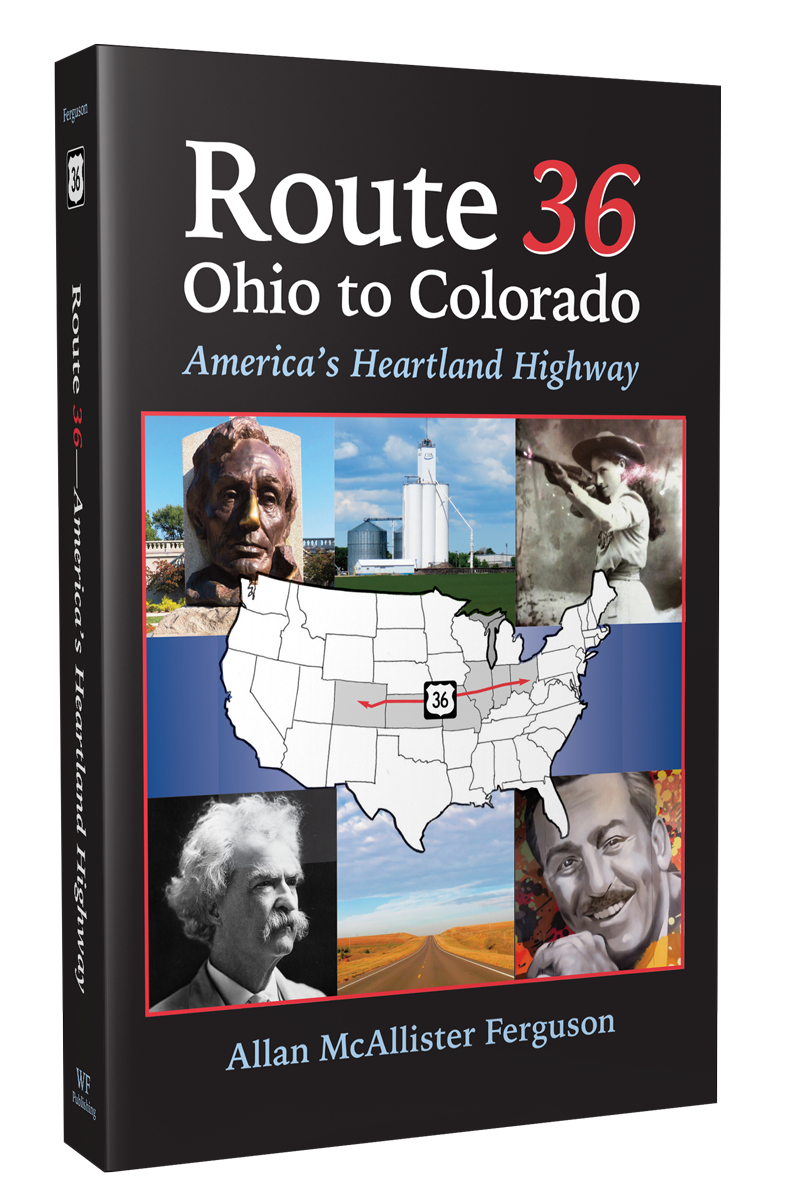 Signed author copies ordered from this website enjoy FREE shipping in the United States. Please contact us for international orders.

Retailers and libraries, contact the publisher for discounted pricing.

Route 36: Ohio to Colorado—America’s Heartland Highway is an award-winning traveler’s guidebook organized by state from east to west—the path of America’s westward movement from the Midwest to the Rockies.

But this is no ordinary guidebook listing information easily accessible on the internet. Instead, Allan Ferguson is our perceptive guide as he takes us through six states in a series of town-focused essays along the 1,400-mile ribbon of historic highway.

Each of the six states—Ohio, Indiana, Illinois, Missouri, Kansas, and Colorado—receives an introductory essay capturing the “essence” of that place in American history and our own time.

Profiles of forty-five towns and cities on the highway follow the introductory essays. Visitor centers, public libraries, parks, and recreation areas are noted. Short passages describe the countryside between the towns and cities and “Side Trips” highlight compelling sites near the main route.

Following the state chapters, Mr. Ferguson provides background information in two chapters for those who want to know more about America’s transportation history. These chapters put the making of US36 in context with westward expansion, rail history, the “named highways” (1912-1926), and the numbering of US highways that took place in 1926 and ensuing years.

Richard Wood, author of The Survival of Rural America: Small Victories and Bitter Harvests, has summarized the importance of Allan Ferguson’s work on Route 36:  “Route 36—America’s Heartland Highway captures the richness and resilience of America’s heartland communities. It’s an effort well worth making, and so is getting off the interstates to rediscover America. Much of our country’s charm and soul can be found in the towns and cities along Route 36. Well done!”